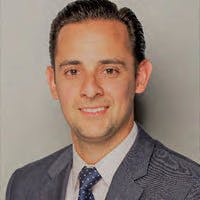 The ROTH IRAs were born in 1997 as part of the Taxpayer Relief Act (for context, the 401k and traditional IRA were born in 1974 as part of the Employee Retirement Income Security Act). ROTH IRAs are a beautiful vehicle for growing your wealth on a tax-free basis. You contribute after-tax dollars that, if invested, have the opportunity to grow tax-free and eventually be withdrawn tax-free. These accounts are so desirable that the IRS limits how much you can contribute to them on an annual basis and limits who can contribute through income limitations.

ROTH IRAs don’t usually get a lot of press. Not sexy enough? That changed in June when headlines around Peter Thiel’s $5 billion ROTH IRA was hitting news feeds everywhere. Haven’t heard about it? Here is a summary. Now everyone wants one and wants $5 billion in it. Well too bad says the House Ways and Means Committee. They were also seeing this headline while scrolling through their news feed and in their most recent draft of proposed retirement account changes, are telling us that we (probably) won’t have a chance to accumulate Thiel level dollars in a ROTH.

Here is a great summary of the proposals from The Ed Slott Report:

The House Ways and Means Committee has released a draft of proposed changes to retirement accounts, including adding income limits for conversions and eliminating the back-door Roth conversion strategy. These proposals are designed to raise revenue and are likely, at least in part, a response to recent headlines about large Roth IRAs held by billionaires. Unless otherwise noted, the proposals would be effective for 2022. Here is what this means for your retirement account.

RMDs for Large IRAs. If an IRA owner’s combined traditional IRA, Roth IRA and defined contribution retirement account balances generally exceed $10 million at the end of a taxable year, an RMD would be required for the following year. This minimum distribution is only required if the taxpayer’s taxable income is above the thresholds described in the section above (e.g., $450,000 for a joint return). The RMD generally would be 50% of the amount by which the IRA owner’s prior year aggregate traditional IRA, Roth IRA and defined contribution account balance exceeds the $10 million limit.

IRA Investments Limited.  The bill would prohibit an IRA from holding any security if the issuer of the security requires the IRA owner to have a certain minimum level of assets or income or to have completed a minimum level of education or obtained a specific license or credential. This rule would include a 2-year transition period for IRAs already holding these investments.

Prohibition of Investment of IRA Assets in Entities in Which the Owner Has a Substantial Interest. The bill makes the current prohibited transaction rules that apply when the IRA owner has an interest in a particular investment much stricter. There is a 2-year transition period for IRAs already holding affected investments.

IRA Owners Treated as Disqualified Persons for Purposes of Prohibited Transactions Rules. The bill clarifies that, for purposes of applying the prohibited transaction rules with respect to an IRA, the IRA owner or IRA beneficiary is always a disqualified person.

Reminder, these are just proposals. Who knows where we will end up but retirement account owners have been put on notice. Worth noting on the “Contribution Limits for Large IRAs” paragraph above…this limitation does not apply to contributions to employer plans (e.g., 401k, SEP, pension plan, etc.)

Have questions? Get in touch…we are here to help.