Taxes: It Pays to Treat Them Right 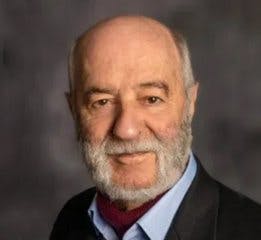 The following is an excerpt from Hello Harold, a book by Harold Evensky.

I know how most people feel about taxes: don’t tax me, don’t tax thee, tax the man behind the tree. Unfortunately, ultimately we gotta pay. Everyone’s interested in minimizing the pain and that’s why I’m sitting here trying to put together a talk on tax planning for our local Rotary Club. It’s a great group of sophisticated professionals, and I don’t want to talk down to them, but I do want to provide some useful information.

Trying to balance those issues reminded me of a complaint one of my client’s accountant had about how we had selected some of his bond investments. I remembered that sophisticated doesn’t necessarily mean knowledgeable. So here’s what I came up with:

The accountant’s complaint about our choice of bonds was a result of his focusing on the tax tail. Our client was in a moderately high tax bracket; however, we had his short-term, fixed-income investments in corporate bonds. “Move ’em to tax-free municipals” was the accountant’s advice. Well, it’s true, our clients would have paid less tax if we’d invested them in municipal bonds, but they would also have had a lower after-tax return. Why? At the time, taxable bonds were paying 5 percent and similar quality and maturity municipals were paying 3¼ percent. That meant our 30 percent marginal tax bracket client had a choice of earning 3¼ percent with no tax obligation or 5 percent with the obligation of paying 30 percent of his interest payments to Uncle Sam. Which would you choose? I hope the 5 percent.

Even if you peel off the 30 percent tax bite, that would leave 3½ percent in your pocket. It’s not rocket science to see that 3½ percent is better than 3¼ percent. The moral? When choosing between equivalent-quality taxable and tax-free investments, don’t worry about how much you’ll have to pay Uncle Sam (even if painful). Instead, keep your eye focused on how much you’ll have after paying taxes.

It’s common for investors to use turnover as a measure of tax efficiency. Don’t do it. When you look at an investment’s turnover number, it’s natural to think it represents a pro-rata turnover of all the securities in the portfolio. For example, a 60 percent turnover would mean that 60 percent of the positions in the portfolio are sold in one year. Sound reasonable? As my brother, the economist, would say, au contraire. A 60 percent turnover doesn’t necessarily mean that 60 percent of the stocks have been traded. It might well mean 20 percent of the stocks have been traded three times. All of those trades may have been the sale of stocks with losses, not gains, so the manager not only generated no tax bite, he also realized losses that can shelter future gains.

And the Rest of the Story (the Most Important Part)

Taxes are a function of something called a holding period, not turnover. The holding period is the average number of years it would require to turn over all of the positions in the portfolio. To explain: let’s assume that the manager has a portfolio chock full of stocks with taxable gains and he is trading all of the stock in his portfolio pro-rata. So a 20 percent portfolio turnover would mean one-fifth of the stocks would be sold each year, or 100 percent in five years. That means, on average, the manager holds stocks for two and a half years.

Obviously, a portfolio with a 90 percent turnover would realize pretty much all of the gains in the first year, which means lots of taxes; consequently, a 50 percent turnover sounds a lot better. But if you think about it, 50 percent means selling one-half this year and paying the taxes, and one-half next year with more taxes. The difference between paying all of the taxes in year one versus one-half of them in year one and one-half in year two is negligible. The graph below shows the relationship. Unless turnover is very low—less than 10–15 percent, there is no real tax efficiency. 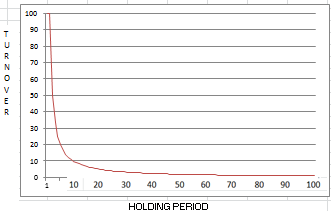 The moral? Avoid the murky middle. A few years ago, my partner, Deena Evensky, and I co-edited a book called the Investment Think Tank (Bloomberg Press). We invited several friends (practitioners and academics) to contribute chapters on subjects they believed were of vital importance for advisors.

Recognizing the importance of the holding period, Jean Brunel, managing principal of Brunel Associates, introduced the concept of the murky middle. He noted that the more active the manager, the more you’d expect him or her to add value. After all, why would you want to pay the trading cost and suffer the tax inefficiency of active trading if you weren’t rewarded with extra net returns? He also noted the reality of the elbow graph above: no matter the manager’s intention, as turnover increases a tax-efficient manager will be no more tax-efficient than a tax-oblivious manager.

Brunel’s excellent advice is to avoid the murky middle—hire very low-turnover managers (indexes and ETFs) when you want to just capture market returns. Hire go-go, active managers with the funds you’re prepared to invest at higher risk to earn better-than-market returns. Stay away from those managers who, for marketing purposes, try to straddle the fence, going for both tax efficiency and extra return. They may have performance numbers that look good before taxes, but after taxes, the numbers don’t look so good. Here’s how Brunel depicts the murky middle: 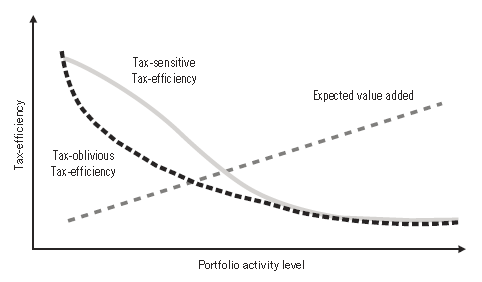 I think my Rotary audience will like this talk. For more on the murky middle and other financial planning topics, click here for a free hard copy of Hello Harold.