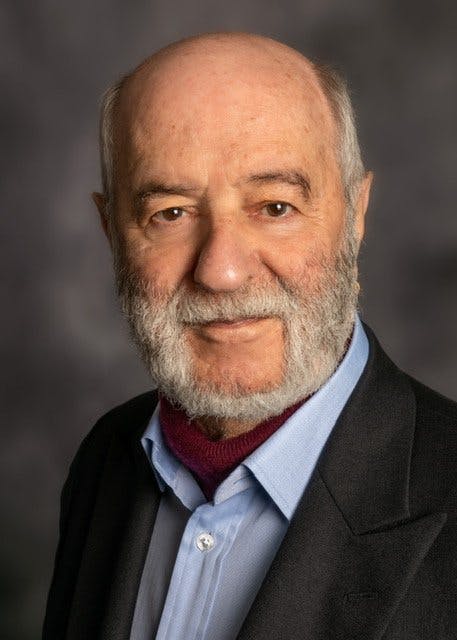 Markets don’t care about what you need.

The Trujillos visited me a few months after the technology market crashed in 2002. They were a lovely couple—both in their mid-seventies—Mr. Trujillo was dapper in his tailored blue blazer, and Mrs. Trujillo was beautifully coiffed and dressed in a lovely St. John suit (my wife’s favorite high-end store). They had scheduled the meeting after sustaining significant losses during the tech market crash. After the traditional introductory “how are you” courtesies, Mr. Trujillo came right to the point.

Mr. Trujillo (T): Mr. Evensky, our investments were decimated in the market crash and we’re desperate to recover those losses. We’ve cut our expenses to the bone. The only basic needs remaining are our club and golf dues and our annual cruise. We’re hoping that you, as a professional, can help us.

Harold Evensky (HE): Mr. Trujillo, I’m sorry to hear about your losses. Perhaps you can give me some idea of how you believe I may be of help?

Mr. T: Well, we thought that by judicious market timing and sophisticated stock picking we can earn returns well beyond what we could by just tracking the market.

HE: I understand. Tell me how you were investing prior to the market crash.

Mr. T: Given the extraordinary returns in technology and all of the news about the new era of the nineties, we were heavily concentrated in technology funds. We recognized the risk of putting all of our eggs in one basket, so we diversified among several well-respected technology funds. For a year, we were doing extremely well; our returns were more than 80 percent. Unfortunately, no one warned us prior to the market crash, and in less than a year our portfolio was down 70 percent! I still don’t understand why we lost so much. It seems that if we made 80 percent and lost 70 percent, we should still be 10 percent ahead.

HE: I understand. Let me do some analyses to see how you’re positioned so I can determine what recommendations may be appropriate. Can we get together next week?

After the Trujillos left, I gathered the information they had provided regarding their current investments and all of their financial goals. Factoring in assumptions for taxes, future market returns, and inflation, I entered all of the information into our planning software, MoneyGuide Pro, and ran several scenarios with varying allocations between bonds and stocks.

It was bad news: no matter how I jiggled the allocations, my conclusion was the Trujillos could reasonably spend only about one-half of what they considered a bare-bones lifestyle. That’s not the sort of news a planner looks forward to sharing with a client. Unfortunately, although Mr. Trujillo said they needed a return that would enable them to maintain their lifestyle, the reality is that the markets don’t give a damn.

How about Mr. Trujillo’s solution of market timing? As I explained to David Samuel in Chapter 14, “Market Timing for Fun and Someone Else’s Profit,” trying to find the pot of gold at the end of the rainbow is not a viable investment strategy. Unfortunately, their experience with the boom and bust of their portfolio didn’t convince them of the market-timing fallacy. Rather than the impossibility of consistently making the right call on market turns, Mr. Trujillo complained that no one warned them prior to the market crash. He ignored the fact that no one warned him because no one knew in advance. If you think about it, had the impending crash been obvious to professional investors, they would have moved to cash prior to the crash. Of course, they didn’t, and across the board, professionals, including the managers of the Trujillos’ diversified funds, were blindsided, as both investors and professionals have been with every market correction and crash.

You may be thinking about people you know who managed to avoid much of the loss during a bear market, and I’m sure that’s true. In fact, one of the major arguments for active management is that it may not work all of the time, but it comes to the forefront during bear markets because an active manager can reduce his or her equity exposure, whereas an index fund must stay fully invested. Although that statement is true, the conclusion is not.

In 2013, my graduate assistant (who’s now a professor), Shaun Pfeiffer, and I researched this argument. We found two fatal flaws: 1) The majority of active managers did not avoid bear market losses. 2) Even more importantly, those who managed to avoid losses in one bad market generally fail to do so in subsequent bad markets.

What did I tell the Trujillos? As tactfully as I could, I walked them through the numbers and tried to explain the reality of their financial position. Unfortunately, I was unsuccessful and they continued to insist that having cut expenses to the bone, they would have to simply find someone who could help. I wished them the best but feared they would simply be digging themselves into a deeper hole with progressively less opportunity to at least mitigate the pain.

The moral? Markets don’t have feelings or morals. They do not care what an investor needs and there is no investment or strategy that has consistently provided returns well in excess of those earned in the broad markets. Consequently, if you care about your financial future, don’t base the quality of your life on hopes, dreams, and the expectation of being the first person to find that pot of gold or win the lottery. Do your planning based on the reality of the markets.

Our team of advisors has the experience to work with you on smart planning.

Let's create the future you dream of!