Should I invest in Bitcoin? 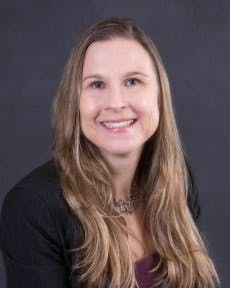 Bitcoin discussions have plastered the financial media over the last couple of weeks, making everyone wonder whether this new digital currency is the next bubble. Although there have been many innovations in digital currency markets and crypto-currency does have some advantages, before taking the plunge, make sure to look at the risks.

The Bitcoin concept was developed to create a new type of currency shielded from devaluation and dilution by government monetary policy. Only small amounts are being released, as coins are “mined.” The mining process gets more complex as computer algorithms are solved, which slows down the creation of additional coins over time, and ultimately controls the supply. Think of having a limited supply as demand increases — similar to the gold standard in which paper dollars were matched to the gold supply. This is no longer the case, as the United States and other governments print money as needed, thus devaluing their currency. Bitcoin was also developed to address a lack of access to money, high transaction costs, and forced reliance on middlemen — the big banks.

In my opinion, the recent run up in the value of Bitcoin is speculative. The more investors who rush to get a piece of the pie further increase the demand for a limited supply. Although there has recently been a huge return on Bitcoin and a few success stories, Bitcoin still has many potential downfalls such as technological risk, financial risk, legal risk, and tax risk.

Most concerning, there is no financial regulation in this space, so many bitcoin providers have gone out of business — leaving investors with no options to recover their assets. Once your bitcoin disappears, there is virtually no legal recourse to retrieve it. Transactions occur peer-to-peer and are operated by a decentralized authority. There is no bank or central government backing the currency.

Bitcoin experiences significant daily price swings, making it difficult to use as a currency. For example, you can buy an item such as a soda using Bitcoins in the morning only to find that you paid 10 times more for the soda by the afternoon. This unstable pricing makes Bitcoin less conducive to business transactions. Furthermore, many people are speculating rather than using Bitcoin for commerce; thus, few businesses accept it as payment. Bitcoin embodies the traits of a speculative investment rather than a currency; it is essentially a start-up and most start-ups do fail. Mismanagement and underfunding could crash the system. The volatility of Bitcoin trumps that of the stock market and if you get in at the wrong time, it might only be downhill from there. Should investors get spooked and decide to bail, you may find what you paid being sliced in half in a matter of days.

Do you trust computers? Currently, there are no individuals or organizations who can be held accountable if something goes wrong. The Bitcoin system is run and developed by volunteer programmers, so a bug or glitch could bring the system down quite easily. You access your Bitcoins via a private key to gain access to your digital wallet — if you lose this key, your bitcoins are gone for good. If you happen to get a computer virus, it can infect your Bitcoin wallet and steal your Bitcoins.

Bitcoins are treated as “property” as opposed to currency for tax purposes; consequently, the accounting can be a nightmare since you must constantly track the value and pay taxes only on capital gains.

Despite the illegal activity that was previously facilitated using Bitcoin, I do see potential uses of crypto-currency, particularly for smaller transactions which can bypass bank and credit card fees. However, without regulation there is still a huge risk for future development. If Bitcoin does evolve and regulations are created, there is a potential use for government spending since Bitcoins can be programmed. By sending currency in this manner, fraud and theft can be prevented since you can specify how the money should be spent. That being said, governments are unlikely to loosen control of monetary policy without a fight, meaning Bitcoin may take years to become a widely acceptable payment option.

Investopedia: What is Bitcoin?

Bitcoin and the Future of Money: Jose Pagliery (2014)

WSJ: Who Regulates Bitcoin Trading? No U.S. Agency Has Jurisdiction

the balance: How Bitcoin Is Taxed